There are great american actors, whose parents came from germany. Peter Lorre, Oskar Werner and Christopher Walken. Not only the devilish opposer of James bond, but smooth young man in many shakespeare dramas, musical star in younger years, funny old man in „Hairspray“ – and he can even dance. Tapdancing like hell so even Fred Astaire and Gene Kelly honored him.

In 1995 he was interviewed at Actor’s Studio. See:

Less serious, but even more revealing – his dance-overload (watch to the end!):

END_OF_DOCUMENT_TOKEN_TO_BE_REPLACED 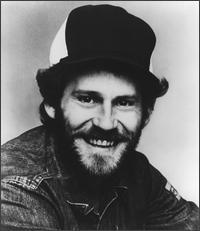 About two weeks ago Levon Helm died. Levon was the man with that unique moving voice and the fat rock-bassdrum. He reached stardom with the band, could be heard singing 3 to 4 voice and nailing this whole hippie-company together in the legendary „The Last Waltz“ film by Martin Scorcese. Just a few solo-albums showed his gift of bringing a song across to the hearts of the listener. Even better he did in his solo album „Dirt Farmer“, where he discovered the old songs of his Arkansas home. He recorded this album after recovering from throat cancer. His studio burnt down. He had quite a load to bear in his later days.

And every time i hear this man sing, it moves me back and forth. Straight from the heart, like in his guest apearance in the great album „The Neighborhood“ by Los Lobos, where he sang „Little John Of God“. You can’t do better.